First and foremost, I'd like to welcome you all to Sagas! I am excited to share with you what we’ve been working on since July of 2019!​

Sagas is a Java Edition Minecraft server with one goal in mind; our team planned to create an experience we actually have the desire to play! The first step was to decide on a core game mode; however, this is a challenging task as popular options felt un-finished and had different benefits. We did eventually decide on Skyblock due to its popularity and customizability.

The Minecraft community has several popular Skyblock servers. While great in their own right, we feel they all lack something. Whether through the absence of system mechanics, players abusing the weaknesses of the gamemode, and diminishing others' experience through exploits. Or how impossible it is for a server to hold their economy in balance before it breaks; they all seem to rise with promise and die out in the same fashion. For too long has Skyblock been based around setting up an automated collection system that lacks player vs player interaction. Our server forces you to leave the comfort of your Island and explore, which is the root of Minecraft itself.

What makes us unique?

We believe for a community-based server to be successful, there has to be a competitive aspect; this is why Factions was so popular in its time, but the toxicity and negativity were eventually its downfall. The majority of servers keep players competing through weekly island payouts, but we believe there has to be a better solution. Our answer was an Island raiding system that reverts any changes at the end of the war – leaving one's Island completely untouched. This system is designed after a popular minigame called Bed Wars. When a war is initiated, a target block is created, which attackers must destroy. However, there has to be some incentive, a risk for going to war. Islands are based on an elo system designed after a popular mobile game called Clash of Clans. Islands can declare war on opposing groups to fight for loot from an island vault and gain war points based on objectives and KDA. Additionally, defenders can call upon allied groups to strengthen their defences if they are outmanned. We hope this feature will create lifelong bonds between players and strong connections for island defence and trading. Additionally, wars can be disabled to allow the more laid back players to relax!

How will we balance our economy?

Sagas has removed all spawners and does not promote automated farming systems. A unique warehouse system and minions can be powered and upgraded using new items found across our Badlands map. The resources they collect can be sold to the server for economy; however, the items sellable rotate every 4 hours based on players timezones – keeping prices fluid. The in-game buy store only has items not attenable through gameplay, so player interaction, auctions, trading, and shops will be your main income source. This is the old-school feel of Skyblock with a fresh layer of paint. 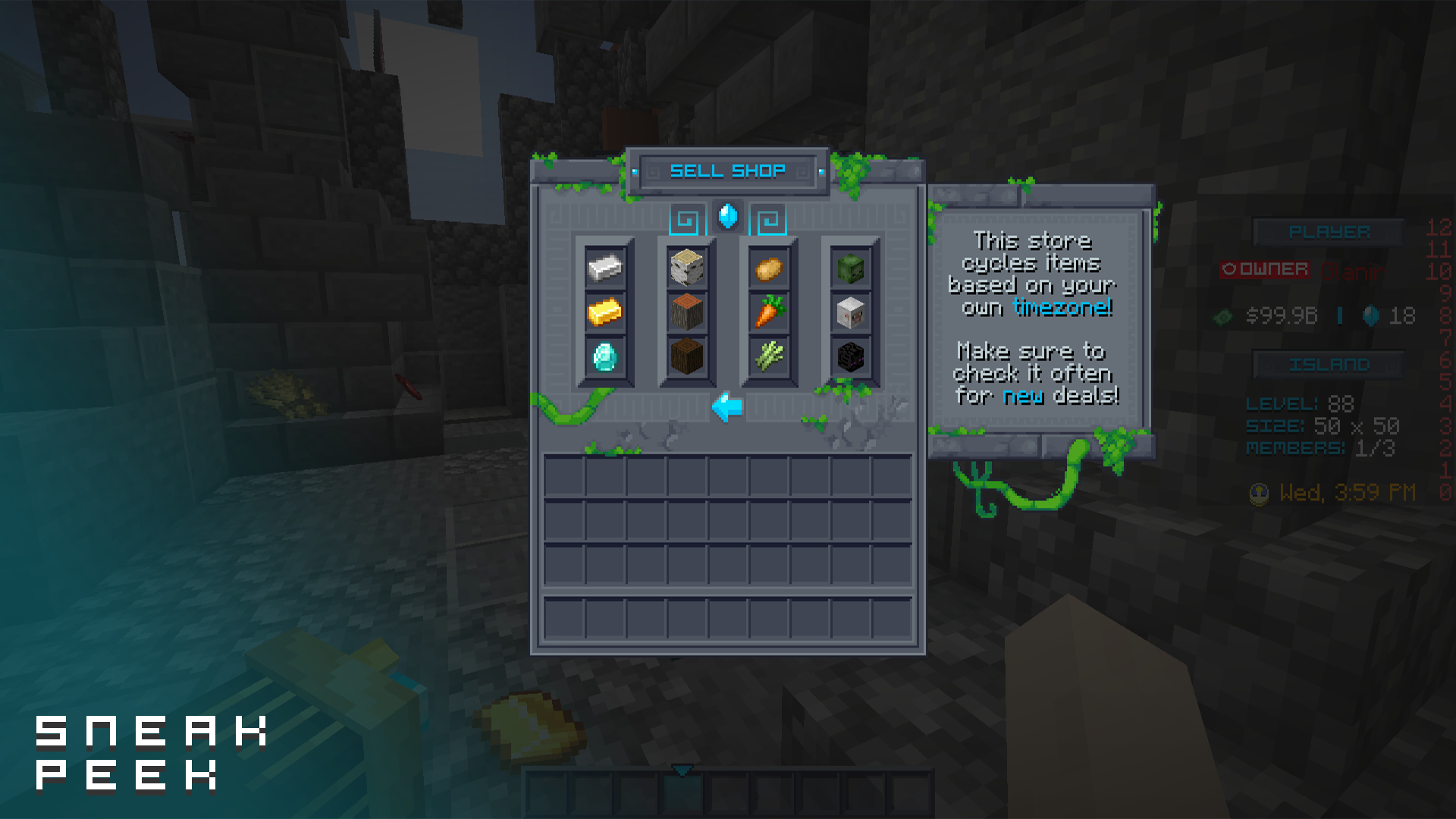 After the release of 1.9, nearly four years ago, the Resource Pack’s feature was introduced, allowing the ability to alter the base textures of Minecraft. Fast forward to 2020; several servers use this element to create custom features without requiring players to download a modpack; however, this can also be used to create new items, custom mobs, unique UI – anything you can think up! We see this as a missed opportunity and plan to use this feature to elevate our player experience while maintaining vanilla textures' functionality. We will bring new never before seen items that players can trade and upgrade that is actually new and not just re-skinned armours or tools.

Here is a few UI examples!

Minecraft was initially made with adventure in mind. This is something modern Skyblock servers lack – you setup your Island and reside there for the majority of your gameplay making money. We force you to leave your Island through the warring system and exploring an area known as the Badlands! This map features several different islands that have built-in progression systems. Unlock new mineshafts, woodlands, and farms through levelling your jobs. Explore new areas and fight unique mobs to collect exciting items to upgrade your Island and its structures. But be wary of other players looking to profit off your hard work! 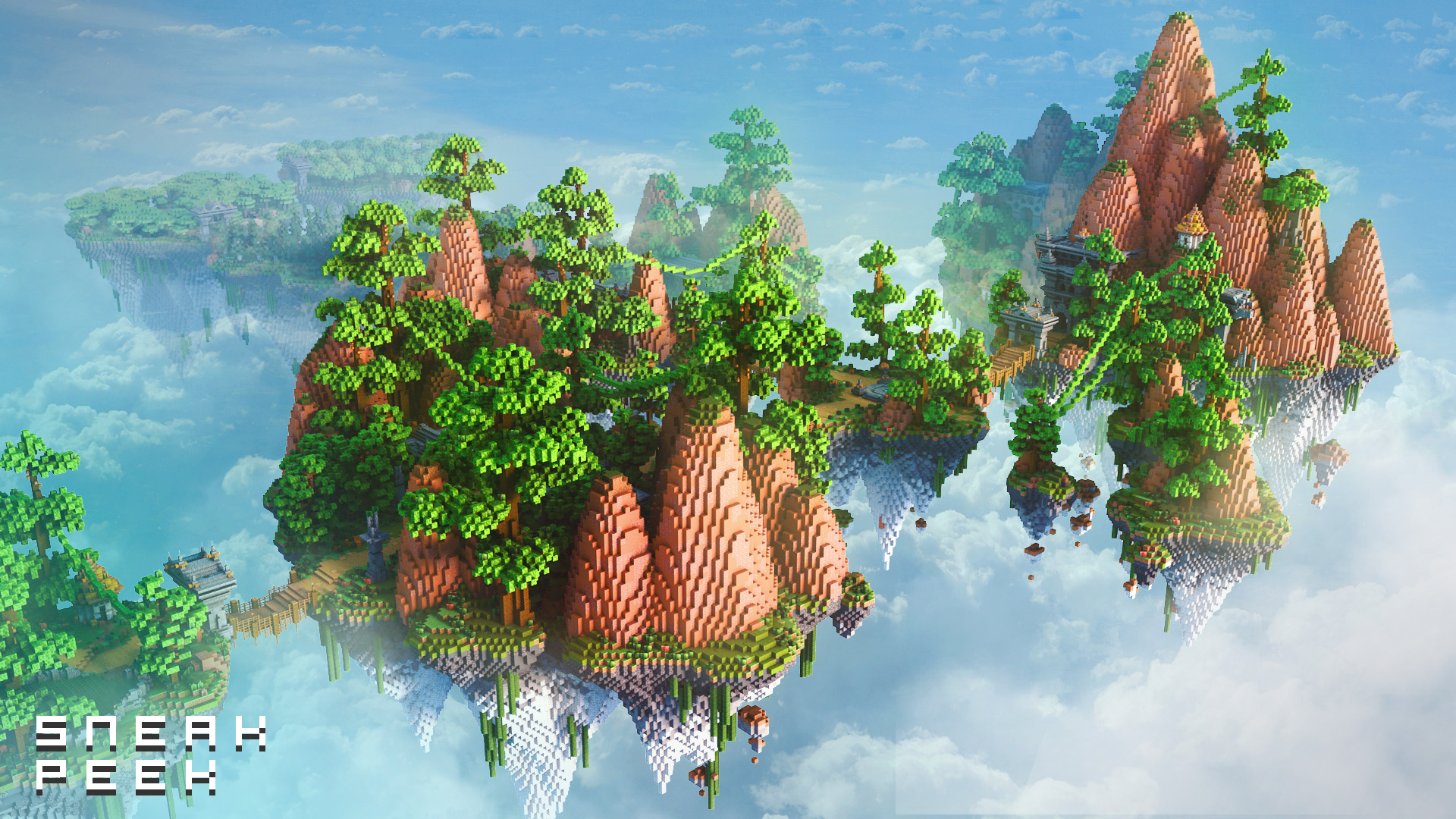 This post has been somewhat general and hasn’t given much detail; however, I hope to share more information as we approach our release date sometime in the second quarter of 2021. Nonetheless, our team is putting in serious hours every single day to reach this goal and release a presentable server that can handle a large influx of players.

You can also learn more about every aspect of Sagas by visiting our wiki - https://sagas-mc.com/wiki/. It is an interactive & detailed source of information that should answer questions regarding our different features. It is continually being updated, so make sure to take a peek every once and a while! If you need additional help, join our Discord server, and we will be happy to assist you. 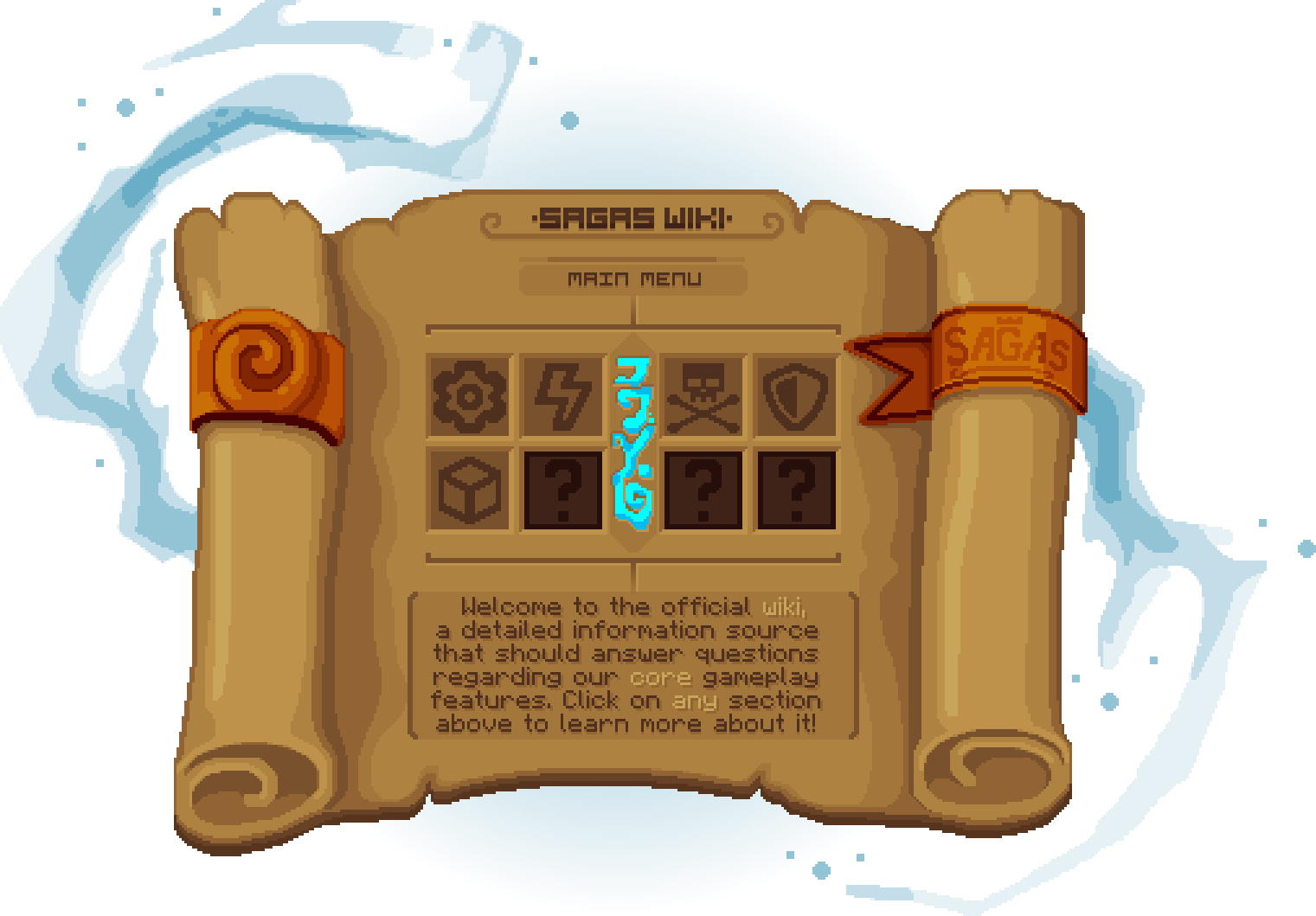 ​
We are all looking forward to the memories and breakthroughs we can achieve together as a community.

You must log in or register to reply here.